For the September issue of Los Angeles Magazine my illustration of a fox squirrel accompanies a Know Your Neighbor column by Jason G. Goldman. I have turned in artwork for October’s column and am looking forward to more wildlife illustrations for the monthly column. As they publish I’ll share.

Here is the link to the column with some fun facts on how non-native fox squirrels found their way to Los Angeles and Southern California. 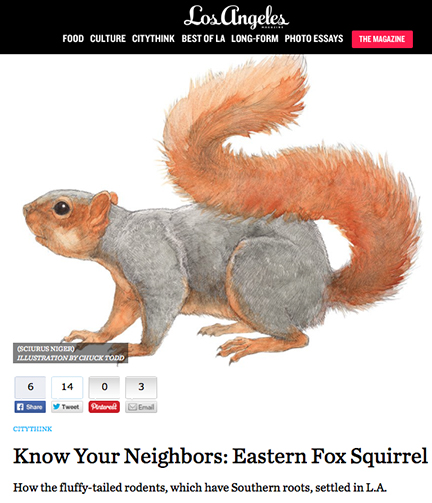